Jesus, move my heart to love as you do. Open my eyes to see your face in others. Help me to empty myself to make my life less about me and more about you and how I can love your people.

We need your help!

Please bring a trailer to help us move mulch.

We are holding a working bee to tidy up the school grounds, weed garden beds and spread mulch across the playground areas. If you can spare an hour on Sunday 9 August, we would appreciate your help. With COVID-19 still with us, I’ll be asking parent helpers to sign in and adhere to physically distancing while on the school grounds. We won’t be having a sausage sizzle this time, but can offer a soft drink when we are done.

Positive Parent Participation—Make the Most of the School Year

Here are some ideas to help you participate in your child’s education in positive ways:

School fees will be emailed to families this week. If you do not receive your statement, please contact the front office.

If you have any queries about your fee statement or if you are experiencing difficulties due to COVID-19, please contact the front office as soon as possible.

Please keep the Moore, Egan and Skillicorn families in your prayers on the passing of Geraldine Lawler. Enternal rest grant unto her, O Lord, and let perpetual light shine upon her. May she rest in peace. Amen.

School photo envelopes were sent home this week. We have spare envelopes available from the front office if required.

Please place your order online using the shoot key allocated to your child. You may contact MSP on 6255 9208 or email canberra.office@msp.com.au if you require another shoot key.

Sibling photo envelopes are available for collection from the front office. (Payment by cash, cheque or credit card only.)

The next Community Council meeting will be held in the Library on Tuesday 4 August at 6pm. All welcome!

The Sacrament of Confirmation will take place at St Jude’s Church on Tuesday 1 September. There will be two separate Masses on the same evening, one at 5pm and the other at 6.30pm. We have 30 students in Year 6 from St Jude’s who will be making the sacrament, along with some students from Marist and the Faith and Life Centre. At the present moment only the parent/s, candidate, sponsor and siblings will be able to attend.

We will be holding a morning retreat for the sacrament on Monday 31 August, between 9am and 11.30am, here at St Jude’s.

Registration for the sacrament is available via the Qkr! By Mastercard app.

A reading from the holy Gospel according to Matthew

Jesus said to the crowds, ‘The kingdom of heaven is like treasure hidden in a field which someone has found; he hides it again, goes off happy, sells everything he owns and buys the field.

‘Again, the kingdom of heaven is like a merchant looking for fine pearls; when he finds one of great value he goes and sells everything he owns and buys it.

‘Again, the kingdom of heaven is like a dragnet cast into the sea that brings in a haul of all kinds. When it is full, the fishermen haul it ashore; then, sitting down, they collect the good ones in a basket and throw away those that are no use. This is how it will be at the end of time: the angels will appear and separate the wicked from the just to throw them into the blazing furnace where there will be weeping and grinding of teeth.

‘Have you understood all this?’ They said, ‘Yes.’ And he said to them, ‘Well, then, every scribe who becomes a disciple of the kingdom of heaven is like a householder who brings out from his storeroom things both new and old.’

A reflection of the Gospel - by Lisa Marie Calderone-Stewart

The Reign (power and control) of God is also known as the Kingdom of Heaven. It takes place on earth and reaches its fullness in heaven.

Often in school, business, politics and social settings people try to assert their own power and take control of things. Where have you seen this happen?

When people surrender their life to God’s power, life is different. Then people don’t try to control things or one another; they try to work together so that God’s way rules. This rarely occurs on earth, but it happens once in a while. There is peace, understanding and cooperation, and no fear, competition or dishonesty.

Have you ever seen this happen? If so, where? What was the situation?

Do you think you can do anything to help bring forth the Reign of God – at home, at school, at your job, with your friends? Why or why not? What would have to happen to create a little heaven on earth?

Lisa-Marie Calderone-Stewart is associate director of early adolescent ministry in the Archdiocese of Milwaukee. Previously she served for six years as the director of youth ministry for the Diocese of Grand Island, Nebraska.

During term 3, ELC children will participate in Mura Gadi Gang. Mura Gadi is a nature play program that is unique to St Jude’s ELC. It allows our children to explore and investigate the varied natural green spaces available within the local community. The program is child led and builds off the interests and activities expressed by the children in the previous week. The program connects the children of the St Jude’s ELC to their natural surroundings. These interactions with nature are initially guided to support the embedding of Indigenous perspectives authentically into both the language and the play of the children. Before each Mura Gadi Gang, the group participates in an Acknowledgement of Country to Ngunnawal land. Children are encouraged to use what they find in nature and are taught how to do so safely and respectfully. No play resources are taken to Mura Gadi Gang to enhance children’s play; children resource their own games and activities using only what the land gives them. Mura Gadi means Pathways for searching in the Ngunnawal language.

St Jude’s ELC and Primary school will be holding a working bee on Sunday 9 August from 10am to 12pm.  If you have a spare hour or two we would appreciate your assistance in tidying up our garden and outside space. Jobs include spreading bark, weeding, tidying storage sheds and organising resources. Please bring gardening tools such as shovels, wheel barrows and any other tools that could help.

If you did not receive an email from gabrielle.stitt@cg.catholic.edu.au on 28 July, please drop in to the ELC office or email the email address that you would like added.

Thank you for completing the reflection sheets that were in your child’s portfolio last term.

The next Community Council meeting will be held in the primary school Library on Tuesday 4 August at 6pm. All welcome!

If you are requiring a spare ELC jumper, please drop into the ELC office with a gold coin between 9.10am and 2.50pm, as we have some second hand jumpers looking for a new home.

Thank you to Mrs M for organising and the Orders family for donating the mini library that is located near the main entrance of the ELC.  If you have a book that you would like to share with our local community, please place it inside the Little Book Swap. Why not sit down and enjoy a book?

As always, the health and safety of children comes first. We will continue all adjustments that we have made due to COVID-19 until further notice. We miss having you inside our environment! The team are looking at possible ways we can share our environment with you in the coming weeks. From the family reflection sheets, we note that families prefer the current drop off process.

Thank you to families who have resumed normal fee payment. A friendly reminder that fees for weeks 3 and 4 are due tomorrow, Friday 31 July. As always, if you have any queries about your account or if you are experiencing difficulties due to COVID-19, please get in touch with the ELC office as soon as possible.

Coerver Coaching ACT is offering an ACT performance Academy coaching clinic. If you or your child is interested, please visit this website for information:
https://coerveract.com.au/performance-academy-programs

Touch Football ACT is offering some Junior Clinics starting next Wednesday 5 August at Deakin from 5pm to 5.45pm for 6 weeks. These will be for 5 to 13 year olds and cost $60 for 6 weeks. Register at: https://www.surveymonkey.com/r/NRWMJ2Y

ELC classes have been reading ‘Where the Wild Things Are’ by Sendak and ‘The Ugly Five’ by Julia Donaldson as their introduction to the book Week theme – Curious Creatures and Wild Minds.

Today, the hyena was voted by Turtles as the ugliest animal in our story!

The school jumpers that were on back order have now arrived. Tunics have also arrived, except for size 10. We are still waiting on navy long pants to be delivered.

We understand that you may require a refund, if you are able to purchase an item through Savvy (Homeworld Tuggeranong). Please contact the front office if you require a refund.

Please note that if you require second hand uniform, please contact the front office. All other uniform orders, enquires, etc, should be directed to the uniform shop at uniformstjudesps@gmail.com

Mike here, the Canteen Manager. I hope everyone had a good break. It has been a great start to the new term and you might have noticed a few changes on Qkr! in the lunch menus, with a few more permanent items available.

If anyone is free to help out from 9am this Friday, I will be in need of volunteers. Also, if you're a keen baker and want to contribute to the canteen, I am always after muffins to sell. This would be a great help.

Once again, thank you to the volunteers who have helped and of course our amazing year 6 lunch time helpers.

The Nationally Consistent Collection of Data (NCCD) for school students with a disability takes place every year. A student is counted in the NCCD if they receive reasonable adjustments to support learning at school due to disability. Each year, St Jude’s provides the following information:

This compulsory information will be provided to education authorities in August. If you have any questions please contact Kerri in the Butterfly Room or at the email below.

Students of the Week 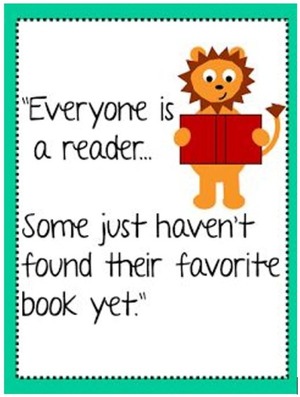 School Banking is every Friday morning, unless advised otherwise.

If your child is interested in participating in our school banking program, please pick up an information brochure from the front office.​